You are here: Home / News / Pate asks Marshall County Auditor to serve as his ‘Elections Director’

Secretary of State-elect Paul Pate has asked Carol Olson, who served as his deputy in the late 1990s, to return and take the same job as deputy in charge of elections. In addition, Pate has hired Marshall County Auditor Dawn Williams to serve as “Elections Director.”

Pate cites the experience Williams has had in being in charge of election administration at the county level. Williams also is the current president of the National Election Center’s Professional Education Board and she is the current district president for the Iowa State Association of County Auditors.

Olson, the woman who worked as a chief deputy for Pate before, worked on Senator Grassley’s staff in Washington, D.C. She was also staff director in Des Moines for Republicans in the state senate. 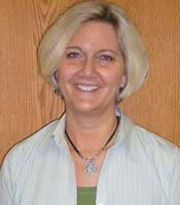 Pate has also announced he will keep staffers in the office who have served all three of the previous secretaries of state, two of whom were Democrats. In a prepared statement, Pate says that will “ensure that his administration is committed to fair and nonpartisan election management.”