You are here: Home / Health / Medicine / ‘Extreme shortage’ of Iowa doctors to be exacerbated by retirements 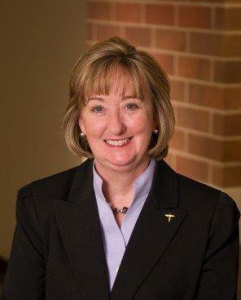 An administrator from one of the two institutions in Iowa that educates medical doctors says there’s an “extreme shortage” of physicians in the state and the problem could worsen because many Iowa doctors may retire soon.

“At least 44 percent of our Iowa practicing physicians are over 50,” says Sue Huppert, vice president for institutional advancement at Des Moines University. “And we know from surveys that as physicians age, they would prefer to ease into retirement.”

Access to a doctor is an issue in many rural parts of the state and there are shortages of doctors in certain specialties, like obstetrics and emergency trauma care. Iowa currently ranks 44th among the states in the ability of residents to easily get care from a direct care physician.

“We have an extreme shortage of physicians today,” Huppert says. “If you look at our 99 counties, 73 of them currently need more family physicians.”

Huppert made her comments during a recent budget hearing in the governor’s office. She’s urging Governor Branstad and legislators to provide $4 million in state support next year to finance forgivable loans to medical students at Des Moines University and the University of Iowa. About 150 students are accepted into the University of Iowa Medical School each year. Des Moines University accepts about 500 students per year. A handful at each school would be eligible for the state-backed forgivable loan program Huppert hopes will expand next year.

According to the Iowa Board of Medicine, over 6800 doctors worked in Iowa last year. That’s two percent more than the year before and the number of doctors working in Iowa has been growing faster than the state’s overall population.