You are here: Home / News / State climatologist: 2014 one of the coldest years on record 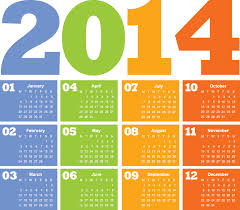 Several locations in Iowa recorded low temperatures in the double-digits below-zero over the final two days of 2014 — which will enter the record books as one of the coldest years in the state’s history. State Climatologist Harry Hillaker says only three of the 12 months posted an above normal average temperature (May, June, and December).

“And we had three top 10 months as far as low temperatures — the 7th coldest February on record, 5th coolest July and 4th coolest November,” Hillaker said. “Those are all based on 142 years of records, so rather unusual in all those cases.”

The statewide average temperature for the entire year was 45.4 degrees. “The year as a whole…almost the coolest in nearly 100 years. You have to back to 1917 to find a cooler calendar year than 2014,” Hillaker said.

The coldest official temperature recorded in Iowa this year was 29-below zero in Elkader — both on January 28 and February 11. “On the other extreme, the warmest reading we had was only 97 degrees on May 7, very early in the season,” Hillaker said. “Clarinda, Shenandoah and Sidney all hit 97 on May 7.” Not a single Iowa city recorded a temperature in the triple digits through all of 2014.

“Statewide, I think we’ve had about a dozen years when no place in the state reached 100 degrees during the course of the year. So, that’s somewhat unusual, but not unheard of by any means,” Hillaker said. Two-thousand-fourteen will go down as the 15th wettest year in Iowa history. The month of June was especially wet — with record flooding across northwest Iowa. “Some part of the state had a lot of rain during the late summer, especially west-central and southwest Iowa,” Hillaker said. “We had a very wet August. Greenfield has almost a foot-and-a-half of rain just during the month of August.”

Although the year was a wet one, there weren’t many large snowfalls. “I think the largest snow storm total was 9 inches, which is kind of small for a statewide extreme,” Hillaker said. According to the National Weather Service, there were 55 tornadoes in Iowa in 2014 — slightly more than the 46 twisters that Iowa sees in a typical tornado season (averaged over the years 1980-2013).