You are here: Home / Crime / Courts / State Patrol and other law enforcement on lookout for drunk driving 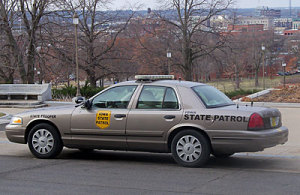 More law officers will be out tonight watching for intoxicated drivers who may have celebrated too much. Vince Kurtz of the Iowa State Patrol says they are trying to protect the drivers.

“Their safety on the road is number one, and making sure that if your plans do include alcohol, designate a driver who is sober, who has not had anything to drink who can get you home safely,” Kurtz says.

He says with the extremely cold weather, the patrol will also be looking for stranded motorists as he says it doesn’t take long for someone to get cold if they are stranded in a car that is not running. Kurtz says New Year’s Eve ranks high for alcholol-related traffic accidents as he says some people don’t understand the impact of drinking and driving. “What people also need to understand is that impairment begins with even at one drink,” Kurtz says. “Even though you may not be legally intoxicated by the law — even at one and two drinks — you are impaired, your reaction time is slower, your judgment is impaired.”

Others don’t understand the impact of alcohol after several drinks. “They think that they can have three, four, five drinks and be legal to drive,” Kurtz says. He says they may not be legally intoxicated, but can still contributed to a very serious crash. Kurtz says several things figure into how impaired you become, including a person’s metabolism, weight, the time span, and other factors, but he says generally after three drinks, a person is over the legal limit and is considered intoxicated.

Kurtz also reminds people to buckle-up each and every time they are in a vehicle.