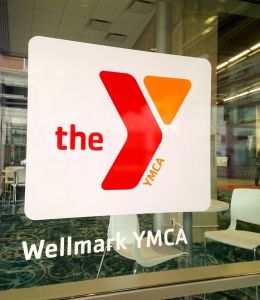 A new facility that opened in Des Moines today is being billed as the largest downtown YMCA in the country. The 180-thousand square foot, 30-million dollar facility fills what once was the Polk County Convention Center.

The CEO and President of the YMCA of Greater Des Moines, Vernon Delpesce, calls it was a “perfect fit” for the Y. “It was a great repurposing of this building,” Delpesce said. “Our architect described it as ‘this building was a YMCA and it just didn’t know it.'”

There is one missing piece to the new Y — fundraising continues to complete an Olympic size swimming pool. “It will be an eight-lane, 50-meter pool, so we’ll be able to host major regional and national aquatic events here,” Delpesce said.

The old downtown YMCA building, which now sits empty, is located along the Des Moines River. It was opened in 1960. A Texas-based development company is reportedly interested in purchasing the property, but there’s no word what plans they have for the site.