You are here: Home / Human Interest / Advocates says ABLE Act will help those with disabilities 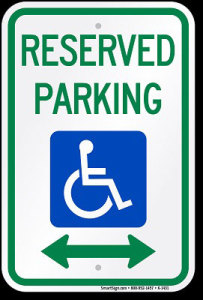 The 350,000 Iowans with disabilities may have a better financial future thanks to a new federal law called the ABLE Act, short for Achieving a Better Life Experience. Advocate Jewel Reynolds of Des Moines says the new law, which President Obama signed in late December, will allow people with disabilities to save more money without a risk of losing their government benefits.

Reynolds says, “What I think of the ABLE Act is an opportunity to look into the future for our kids with disabilities and not be limited to what we’re hoping and wishing for them in order for them to have the quality of life our other children have.” Previous rules said a person would lose eligibility for government disability benefits at $2,000. The ABLE Act will allow for a savings account of up to 100-thousand dollars.

“What’s the incentive for somebody to be able work or even to hope that they may be able to work full-time at some point without being penalized for trying,” Reynolds says. “Fear, I think more than anything, has been a factor in the high unemployment rate for people with disabilities.” The new type of savings accounts will be set up to accept contributions from family and friends. They’ll also be tax-exempt when used for a variety of expenses, including things like: accessible housing, transportation, personal assistant services, assisted technology and health care that’s not covered by insurance, Medicaid or Medicare.

Reynolds is a former staff member for Iowa Senator Tom Harkin, who authored the ground-breaking Americans With Disibilities Act. Backers say ABLE is a program that supports people with disabilities living independently in their communities of choice.