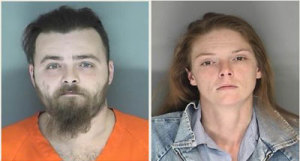 Two central Iowans are being held on kidnapping charges in Virginia. A truck driver reported suspicious activity around an RV parked at a truck stop in New Kent, Virginia. Sheriff’s deputies say they found a man and two women in the vehicle.

One of the women claimed she was being held by the other two against her will. She’s described as malnourished and frightened. The unidentified woman reportedly said she’d been sexually and physically abused by the couple.

The suspects are identified as Aldair Hodza and Laura Sorenson, both of Clive.

They’re each charged with one count of abduction with intent to defile.