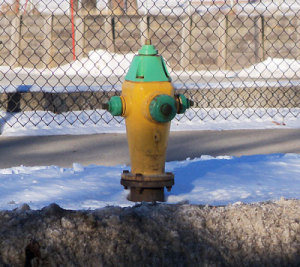 Firefighters are asking residents to clear snow away from fire hydrants.

Firefighters across the state are asking residents to help clear snow away from water hydrants so they can be ready if they’re needed. Cedar Falls Battalion Chief, John Bostwick, says being able to access the hydrant could cut down on the damage to a structure and may even save lives.

“If people can clear out around the fire hydrant about three feet, it saves minutes when seconds count,” Bostwick says.

Firefighters in Sioux City and Sumner recently lost valuable time because the fire hydrants were frozen when they arrived. Although the public can’t do anything about frozen hydrants, Bostwick says clearing away snow is a way you can help.

He recommends clearing an area of about 3 feet on all sides. “If somebody has cleared all that area around the fire hydrant — whether its snow, grass or other debris — it makes it quite a lot easier fore the firefighters to come in, hook a hose to it, and they are on the fire,” according to Bostwick.

Bostwick says many Iowa fire departments, including his in Cedar Falls, have a program called “adopt a hydrant” where people volunteer to make sure snow is cleared in the winter and grass is trimmed around the hydrants in the summer.