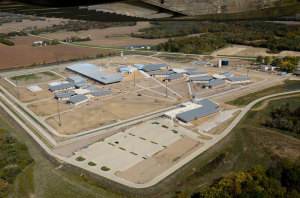 Legislators plan to investigate delays in the construction of the new state prison.

Republicans in the Iowa House are preparing to investigate the long-delayed opening of the new state prison in Fort Madison. House Speaker Kraig Paulsen, a Republican from Hiawatha, has assigned the investigation to the House Oversight Committee.

“Not only has the opening of the prison been delayed for several months, there still is no move in date set,” Paulsen said yesterday, during his speech on the opening day of the 2015 Iowa legislature. “The taxpayers of Iowa paid for this facility. It’s up to us to oversee that their money is spent appropriately.”

Initial plans called for moving the prisoners in last March, but there have been a series of problems with the design of heating and ventilation systems for the new maximum security facility. It was built near the Iowa Penitentiary, a prison originally established 176 years ago when Iowa was a territory, but not yet a state.

“There’s too many problems and too many dollars wasted,” says Rep. Bobby Kaufmann, a Republican from Wilton who is chairman of the House Oversight Committee, the panel handling the investigation. “I’m not pointing fingers at anyone yet. I’ve got an open mind, but I do intend to get to the bottom to make sure there were no sweetheart deals, to make sure there were no discrepancies and to find out why it’s not open yet and figure out how to get it open.”

It’s unclear whether Senate Democrats on the Senate Oversight Committee will join the investigation.

“We are going to be very deliberative in the senate about determining what we want Government Oversight to do and what we don’t want to do and no real decisions have been made about that,” says Sen. Rob Hogg, a Democrat from Cedar Rapids who is chairman of the Senate Oversight Committee. “Speaker Paulsen has had opportunities to talk to me about that. He hasn’t but it sounds like something Iowans want to know. I want to know.”

Some Democrats have suggested Republican Governor Branstad created some of the problems in 2011 by tossing out the “project labor agreements” Democratic Governor Chet Culver’s administration had negotiated with the union contractors working on the project. Some Republicans, meanwhile, point to flawed designs from a Dubuque architectural firm that went out of business in 2012. Kaufmann says he wants to find out if that firm was “in over its head” and whether there’s any way to recover any of the money that’s been spent fixing the problems.

“It’s taxpayer dollars,” Kaufmann says. “…I get accidents in construction and accidents in designs, but this is so repeated and on so many different levels that if there’s a way to recoup our losses, absolutely I’d like to pursue that.”

Governor Terry Branstad says he’s just as frustrated as legislators are with the project.

“It’s been a comedy of errors, in a sense, in my mind,” Branstad says.

Branstad says he doesn’t know whether the fault lies with the firm that designed the heating and ventilation system or with the project labor agreements, but the governor says all the problems must be certified as corrected before inmates can be transferred in.

“We’re talking about a maximum security prison and you don’t want to move people in there until you’re absolutely convinced that it’s safe and there are not any problems,” Branstad says.

The governor says there will “obviously” be a “big lawsuit” over the design mistakes and cost overruns.