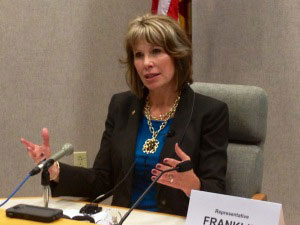 A Missouri House Committee has found the merger of the state’s Water Patrol into the Highway Patrol hurt trooper training and hasn’t saved the state money. The investigation of the merger came after the death of a 20-year-old Iowa man who was in custody of the water patrol. Committee chairwoman Diane Franklin says it found training suffered after the 2011 merger.

Franklin says they looked back at the procedures and protocols that the former Water Patrol used for training. “And it was then very difficult to find that very regiment documented, particularly in training after 2012,” Franklin says.

Her committee did not specifically investigate the drowning death of Iowan Brandon Ellingson, who died after falling out of a Water Patrol boat while in custody last May for allegedly boating while drunk. The trooper who arrested Ellingson admitted during a coroner’s inquest in September that he didn’t have enough training.

The committee also cites the findings of the state auditor that the merger is costing the state $900,000 a year rather than saving up to $3 million annually as has been projected. Franklin says the Patrol is already improving its training. “I think they began that in the fall and they’re going to develop checklists and be sure that everyone is trained appropriately to be out there on the water,” Franklin says. A jury ruled Ellingson’s death accidental and a special prosecutor declined to file criminal charges against the trooper.

(Thanks to Michael Lear the MissouriNet)