You are here: Home / Business / Ammunition manufacturer moving from Minnesota to Iowa 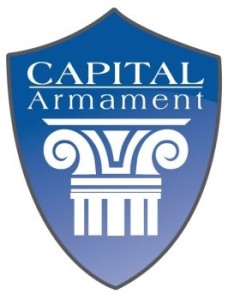 A Minnesota company that makes gun accessories and ammunition is relocating to northwest Iowa. Capital Armament Company is moving from Mendota Heights, a suburb on the southern side of the Twin Cities, to Sibley.

Mike Earll, the director of the Osceola County Economic Development Commission, says the company started moving its operations into a rented facility in Sibley on January 5.

“They’re taking some time to get things set up and ready to go and then their hope is to actually be back in production the first part of February or even, if things go well, then end of January here yet,” Earll says.

This fall, the company will move from the temporary space and into a new, eight-thousand-square-foot facility in the Osceola County Industrial Park. Capital Armament makes “specialized ammunition” with “smokeless gunpowder,” according to Earll.

“What they do is they provide this high-quality ammunition for professional shooting contests as well as for law enforcement personnel and that type of thing,” Earll says.

Six people, including the company’s three owners, will work at the rental facility when it gets up and running within the next few weeks. Within three years, the firm’s owners hope to employ about three dozen people at the facility in Sibley.