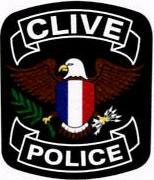 Police in the Des Moines suburb of Clive are searching for a man after a wild pursuit early this morning. A Clive police officer was checking out a suspicious vehicle when he heard noises from a nearby building.

As the officer approached the building dispatchers reported an alarm at the facility and other officers were sent. The first officer was waiting for others when a truck came out of the building and hit his car and then continued on and hit and disabled a second patrol car that was arriving as backup. A third car chased the truck and stop sticks were eventually used to blow the truck’s tires but the driver continued on.

The driver later lost control and fled into a wooded area. Officers from several departments are searching for the man. The truck was found to be stolen and officers found it had been used to knock two ATM’s off their base and one of the ATM’s was in the back of the truck. No injuries were reported.