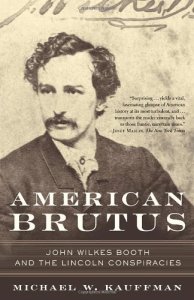 A group of Civil War history buffs in Iowa is preparing to commemorate the 150th anniversary of the end of the four-year-long conflict that ultimately abolished slavery. John Liepa is with the Des Moines Chapter of the Civil War Roundtable, which will hold an event at the State Historical Building in Des Moines on April 4.

The date falls just 10 days from the 150th anniversary of John Wilkes Booth’s assassination of President Abraham Lincoln. The keynote speaker for the event will be Michael Kauffman, who — Liepa admits — may not be a household name for most Iowans. “But, in the Civil War community, he’s really well known,” Liepa says. “One historian, William Davis, said ‘no one has studied John Wilkes Booth longer or more in-depth than Michael Kauffman.'”

Many Iowans had personal connections to John Wilkes Booth and his co-conspirators, which helped Liepa’s group convince Kauffman to travel to Iowa from Washington, D.C. to deliver the keynote address. “One of the things he wants to do when he comes here is to do some personal research on the Iowa connections to the assassination plot and the events that ensued after the assassination,” Liepa said.

The April 4 event will also serve as a 50th anniversary celebration for the Des Moines Civil War Roundtable, which has around 85 members. The group meets once a month, nine months of the year, with Liepa serving as the organization’s program chair. “We’ve had programs on women spies in the Civil War. We’ve had programs that feature Civil War music and we’ve had the obvious kind of programs that deal with generals and major battles,” Liepa said. “A lot of programs, we try and get speakers who can make some connection to Iowa’s role in the Civil War.”