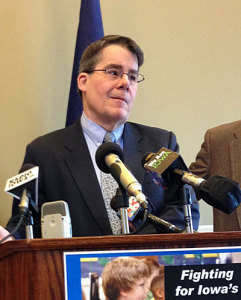 Legislative leaders say they hope there’s a way to compromise with Governor Terry Branstad over the school start date issue.

State law stipulates that schools are to start the academic year during the week in which September 1 falls and officials in Branstad’s Department of Education has told Iowa school administrators they will no longer automatically grant waivers so schools may start earlier in August. Senate Democratic Leader Mike Gronstal of Council Bluffs is urging school districts and the state’s tourism industry to find a compromise.

“The vast majority of school districts oppose the legislature or the governor intervening in their local decisions about when school starts,” Gronstal says.

Governor Branstad says starting school early in August hurts the state’s tourism industry and denies youngsters the chance to participate in Iowa State Fair activities. The Department of Education is telling school administrators they won’t be able to argue classes should start earlier in August in order to have the first semester conclude before the end of the year. Gronstal suggests the two sides are talking past one another.

“People get blinders on and they only see the world from their own view,” Grosntal says. “…I think there are people in the education community that don’t see the concerns of the tourism industry or the State Fair and I think there are people in the tourism industry that don’t understand the challenges of school districts and when semesters end and how to make sure those things mesh.” 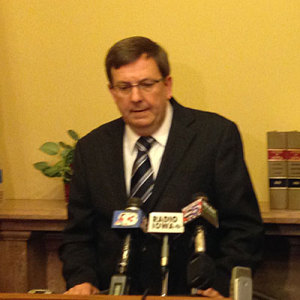 A bill that’s been introduced in the Iowa House is designed to get the state out of having any role in determining when schools may start fall classes. House Speaker Kraig Paulsen, a Republican from Hiawatha, says the reality is unless there’s a “resolution” with the governor, Branstad will veto that bill.

“My hope is that the interested parties in that will get around the table and find a resolution that works for everybody,” Paulsen says.

The current state law regarding school starting date is “outdated” according to Paulsen and he says the legislature should pass some kind of bill to “clarify” the law.

“I don’t know what it looks like yet,” Paulsen says. “But, yes, I do believe there’s something that can be resolved there.”

Senate President Pam Jochum, a Democrat from Dubuque, says the debate over when school should start in the fall will “fade away” as schools move to a year round calendar.

“In Dubuque at least I know our school board is right now trying to work on that year round calendar, trying to make sure that the school buildings have air conditioning so that they can have school during parts of the summer if that’s what’s necessary,” Jochum says.

A subcommittee in the legislature and the Iowa Board of Education both were debating the school start issue this afternoon.