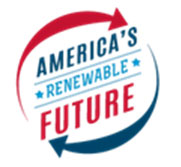 A newly-formed coalition plans a “multi-million dollar campaign” to try to get the presidential candidates who’ll be coming through Iowa to back the Renewable Fuels Standard.

The so-called RFS was established a decade ago, to set a yearly amount of corn-based ethanol and soybean-based biodiesel that is to be produced in the United States. Bill Couser raises cattle near Nevada, Iowa, and he said the coalition which he now co-chairs has a singular goal.

“Under no circumstances can any candidate in either party afford to ignore the benefits of the RFS for Iowa,” Couser said today during a statehouse news conference.

Governor Terry Branstad also spoke at the statehouse event that served as the roll-out for the new “America’s Renewable Future” coalition.

According to Branstad, 73,000 Iowans work in the renewable fuels industry, with an annual payroll of $5 billion. Texas Governor Rick Perry, one of the prospective GOP presidential candidates, has called for ending the Renewable Fuels Standard, arguing it had inflated the price of corn which farmers in his state feed to their livestock. Branstad said he’s convinced Perry’s stand could be reversed after Perry is “educated” on the issue. Annette Sweeney, the other co-chair of the “America’s Renewable Future” coalition, suggested rank-and-file Iowans who know little about the ethanol industry are also a target.

The group already has raised $2 million for the campaign and organizers expect to raise more for the effort..

“Here we are first in the nation with the presidential visits and it’s an opportunity to educate those individuals that are running for office around the RFS and the importance of it,” Kelly Hansen, general manager of the POET plant in Hanlontown which produces 56 million gallons of ethanol annually, said after the news conference. “It’s vitally important to our economy and to jobs, to really our ag future.”

Bruce Rastetter, a multi-millionaire who made his fortune in the hog and ethanol industries, is part of the “America’s Renewable Future” coalition. Rastetter, who is a mega donor to Republican candidates and causes, has invited presidential candidates to participate in a forum in early March that will be focused exclusively on ag-related issues like this one.