You are here: Home / Crime / Courts / Man wanted for murder in Iowa arrested in Missouri 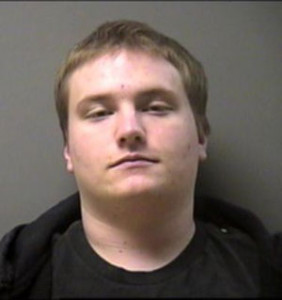 A man wanted in the killing of another man in southeast Iowa nearly three weeks ago has been captured in a suburb of St. Louis. Ottumwa Police Lieutenant Jason Bell says investigators learned 24-year-old Dustin McDanel might be staying at an apartment in Richmond Heights, Missouri and they went to the home late this morning.

“When officers approached the residence, the tenant there lied to law enforcement about McDanel being there and a search located McDanel hiding under a bed inside that apartment,” Bell said. McDanel is charged in the shooting death of 25-year-old Roger Wiseman, Junior during the early morning hours of January 4.

According to Bell, the altercation was over the ownership of a dog. “That ultimately led to an argument where the victim sustained several gunshot wounds,” Bell said. “Witnesses there identified McDanel as the person responsible for shooting (Wiseman).” McDanel was wanted by police before the murder, as he was listed as an escapee from a work release facility after serving prison time. He was placed on escape status in October 2014.