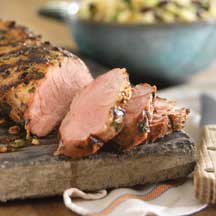 The annual Iowa Pork Producers meeting and congress will be held in Des Moines this week, gathering about 5,000 producers from across the state as well as students, representing the next generation of producers. Jamie Schmidt of Garner, the retiring president of the Iowa Pork Producers Association, says the congress is devoted to what’s happening in the pork industry.

“We’ll have a lot of educational seminars,” Schmidt says. “We’ll start out with some environmental regulations and we’ll have a PEDV update, some stuff that’s been done with biosecurity and how that’s affecting the herds.” One highlight is on Wednesday night with the banquet and awards ceremony, which will feature the crowning of the new Iowa Pork Queen.

“We’ll be giving out our Master Pork Producer awards, our Pork All-American, Master Seed Stock Producer and our honorary Master Pork Producer,” Schmidt says. “We’ll be crowning our queen, princess and our Pork Youth Ambassador.” The events will be underway Tuesday through Thursday at the Iowa Events Center. Learn more at: www.iowapork.org