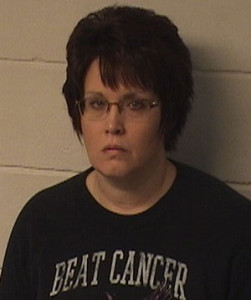 A southwest Iowa woman was arrested Monday on charges that she stole a large sum of money from her employer.

Forty-four-year-old Lyndsay Huntsman of Creston was fired from her job as office manager of Creston Automotive in October of last year. That’s when Creston Police launched an investigation into missing money from the business.

On Monday, Huntsman was charged with ongoing criminal conduct and five counts of first-degree theft. The investigation found more than $500,000 missing from Creston Automotive accounts.

Huntsman had worked at the car dealership since 2006.