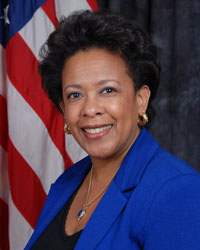 In one of his first moves as the new chairman of the Judiciary Committee, Iowa Senator Chuck Grassley has carved out a big chunk of his schedule this week for hearings on President Obama’s nominee for Attorney General. Loretta Lynch is a 55-year-old North Carolina native who’s currently the U.S. Attorney for New York’s Eastern District.

Grassley, a Republican, says Lynch has an excellent shot to become the nation’s top lawyer. “Of course, she’s a viable candidate,” Grassley says. “Now, that might sound like I’ve made up my mind I’m going to vote for her. That decision will come after a day of questioning tomorrow which could go into, almost maybe ten, 12, 14 hours, I don’t know how long it’ll take.”

Grassley says he’s already met with Lynch one-on-one, but he says little often comes from those meetings. He places more importance on the hearings, beginning Wednesday, where she will be under oath and answering questions from each member of the panel. “There’s always a presumption, sometimes overruled by Congress not approving, but at least to start with and very general throughout history, a presumption a president ought to have a cabinet that he wants,” Grassley says. “So, things lean in her favor, just from a standpoint of that.”

Still, Grassley says that’s not enough of a basis to influence his vote, noting, he’s voted against President Obama’s nominees in the past. So far, Lynch has been “well-received,” Grassley says, as far as her personality and her background. “I suppose with 46 Democrats probably would all vote for her so it’s a case of getting five or six Republicans,” Grassley says. “Maybe she’ll get 30 Republicans, who knows?”

The hearings will begin Wednesday morning. Grassley and Lynch will make opening statements and then she’ll be questioned by each individual committee member. Thursday’s hearing will feature outside witnesses invited by both Republicans and Democrats. The current Attorney General, Eric Holder, announced in September his plans to step down when a new nominee is confirmed. Holder has been in the office since 2009.