You are here: Home / Education / Contentious debate over state spending on schools 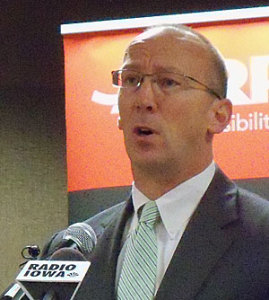 “You can’t have world class schools on a third-world budget,” Ruffs said.

Republicans rejected those arguments, saying schools will get an increase and it will be a large share of the new tax revenue that’s available for lawmakers to spend. Representative Chip Baltimore, a Republican from Boone, was indignant.

“I will not sit here and be beat about the head and told that I dont’ care about children,” Baltimore said.

He said state spending on schools has increased significantly in the past decade, but the overall performance of students hasn’t increased.

“Where does the money go?” Baltimore asked.

The groups which represent teachers, administrators and school boards in Iowa are asking legislators for an increase that’s about four times as much as Republicans propose. Now that a bill on the subject has cleared the Iowa House, this debate will now shift to the Democraticzlly-led Senate.