You are here: Home / Crime / Courts / Evansdale police look for information on area where bodies of cousins were found 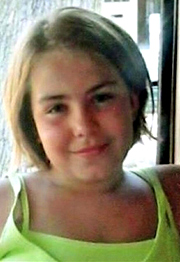 Investigators say a wildlife refuge is now the focus of a three-year-old double kidnapping and homicide case in northeast Iowa.

Evansdale Police Chief Kent Smock is asking for the public’s help in determining who killed 8-year-old Elizabeth Collins and 10-year-old Lyric Cook-Morrissey and left their bodies in the area known as Seven Bridges Park, located in Bremer County. “Obviously, whoever took the girls to that area — whether it be one or multiple people — was comfortable with that environment or knew of that environment,” Smock said at a news conference today.

The cousins disappeared during a bike ride in July 2012. Their bodies were found in the wildlife refuge five months later. “We don’t think it was a haphazard chance that somebody happened to go to Seven Bridges, it was something that was deliberate,” Smock said. No arrests have been made in the case. 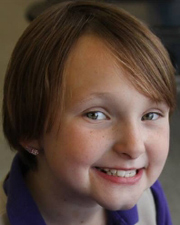 Seven Bridges Park is an “isolated area,” which is why Smock believes the person responsible for the killings might be from the region. “It’s on a dead-end gravel road, there are very few markings to tell you where it’s at,” Smock said. “It is a very common area for people from Black Hawk County who know…I know, personally…it was an area during high school or just post-high school where we would go to for get-togethers with some of our friends, so it’s well known area to the local community. But, unless you knew that area, you’re not just going to happen across it.”

Residents are urged to call and report anyone who is familiar with the area. “We realize it makes them uncomfortable because they are going to have to talk about a loved one, a past relationship they had, or a friend,” Smock said. “We’re not going to falsely accuse and we’re not going to go public with that information, but we will assign investigators to do follow ups on those to eliminate them or see if there’s anything that puts them in that area and they may be responsible.” 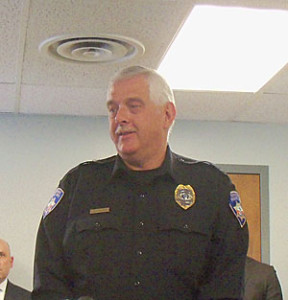 The Seven Bridges area is located about 22 miles away from Meyer’s Lake in Evansdale, where the girl’s bicycles were found. Smock believes the person responsible for the crime may have hunted, camped or fished in the park. He’s encouraging anyone with potential information about the case to report it — as they could prevent a similar incident in the future.

“We’re investigating it under the thought that it could happen again,” Smock said. “That’s why we’re leaving no stone unturned. We want this case solved before that person may take action again and we have another child victim.” Smock traveled to meet with national experts at the FBI, NCIS and the National Center for Missing and Exploited Children in Virginia last week about the case.

Autopsies confirm bodies are those of missing northeast Iowa girls