You are here: Home / News / Sioux City native returns to Iowa to perform with Second City 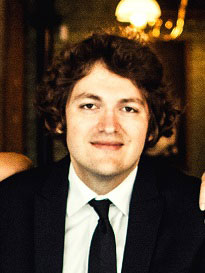 One of the world’s top touring comedy troupes will make several stops in Iowa this month and it’ll be a homecoming of sorts for one of the members.

Nick Rees is a Sioux City native who’s now part of the legendary Second City, based in Chicago. Rees attended the University of Iowa and says that’s where he first got hooked on improvisational comedy.

Rees says, “The main way a lot of us who perform got into it is, we saw it in college and had the hubris to say, ‘Oh, that looks really easy, I can do that,’ and then you come to Chicago and spend five or six years attempting to learn how to do it and realize that you were wrong.”

Doing improv means there’s no script and everything is completely made up on the spot, which he admits can scare the heck out of you, but that’s also part of its appeal.

Rees says, “I just like the sort of, I don’t know, danger, excitement of not knowing what you’re going to say or what an audience is going to suggest and having to surprise yourself and come up with something that is worthwhile, or hopefully worthwhile, who’s to say?” Second City is marking more than 50 years in the laughter business, having helped to develop the chops of dozens of comedians who became international stars, like: John Belushi, Dan Aykroyd, Gilda Radner, Mike Myers, Steve Carell, Stephen Colbert and Tina Fey.

Given the troupe’s long history, Rees says he realizes there’s an expectation of excellence from the audience whenever they step on stage, but he says the comedians expect it from themselves, too. “You’ve got let’s say 500 people coming, you don’t want to let a single one of those people down,” Rees says. “They came to the theater to laugh and if they leave and they haven’t laughed, then we’ve failed at our job and not many people want to fail at their jobs, except for, you know, Congress.”

Many Second City veterans have gone on to Hollywood films, often first making a stop for a few years on NBC’s “Saturday Night Live.” Rees says he enjoys the life he’s carved out for himself now, but confesses, if SNL calls, he’d certainly answer. “I enjoy creating comedy,” Rees says. “As long as I can continue to survive off of that, I’ll do pretty much anything. It’s all pretty fun and making people laugh is a great way to spend your day.” Second City will be playing Des Moines starting tonight and running through Sunday, with dates later this month in Iowa City and Knoxville.