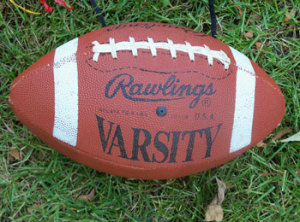 Iowans who participate in fantasy sports leagues could legally accept any amount of prize money for winning if a bill under consideration in the legislature becomes state law.

Iowa is one of a handful of states where it is illegal for someone to collect more than $50 if the real professional athletes they’ve assembled as a fantasy squad have the best combined statistics. John Cacciatore, a lobbyist for the Fantasy Sports Trade Association, says it’s a game of skill, just like bowling leagues or cribbage tournaments in Iowa where significant prize money can be awarded to the winners.

“You pick players from real-time statistics and real-time activities to put your teams together,” Cacciatore says. “…It requires research and skill to put those teams together.”

But the state-licensed casinos are pressing hard against that concept, urging lawmakers to set daily wagering limits and forbid anyone under the age of 21 from winning one of the daily fantasy league prizes. Mark Beltrame is a lobbyist for Scientific Games, a company that develops products for the gambling industry.

“There are certainly aspects of participating in this, particularly on a daily basis…without any limitations — that certainly sounds like, perhaps, another activity,” Beltrame says.

Brian Carter, a retired Methodist minister, says when money’s involved, it’s gambling and the state should forbid it.

“I had a lot of people as I was in ministry having sexual addictions and I’m not comparing fantasy (sports) game players with them, but I’m saying they found that their problem was the internet. That compounded their problem,” Carter says. “And I think when we’re starting to talk about fantasy game playing and opening it up, we’re going to have problems.”

The lobbyist for the Fantasy Sports Trade Association shoots back at those who contend it’s gambling.

“There’s a difference between gambling and wagering on the outcome of a game, you know, who will win between the Bears and the Packers versus providing an entry fee to compete with other folks who pick their teams and compete against each other to win that contest,” Cacciatore says.

Under current Iowa law, fantasy sports league participants with a “bona fide social relationship” can win prizes of no more than $50 a day. The NFL’s “Perfect Challenge” fantasy game has a $1 million prize and, if an Iowan were to win, it would be illegal for him or her to collect that prize. A bill that would let Iowans accept any level of cash prizes for being the champion of a fantasy sports league easily cleared the Senate State Government Committee this week on a 13-1 vote. A subcommittee in the Iowa House signed off on the bill Thursday.