You are here: Home / Crime / Courts / Driver faces charges after chase and crash into school bus in Cedar Rapids 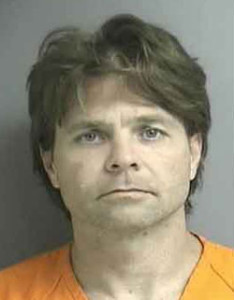 Charges are pending against the driver of a truck who led law enforcement officers in Cedar Rapids on a high speed chase and caused a crash that involved a school bus. It happened Tuesday afternoon. Linn County Sheriff Brian Gardner told KCRG-TV that deputies started pursuing the truck on Highway 13 after the driver was identified as barred from driving in Iowa.

“We will be trying to figure out why it is the person did not stop and why he went to this extent to get away from law enforcement authorities,” Gardner said. At times, the chase reached speeds of 100 miles an hour, according to Gardner. Pursuing deputies lost sight of the truck, which ran through an intersection and struck another vehicle nearly head-on.

That vehicle then struck a school bus. Four students, two adults and the driver on the bus were not hurt. Injuries to the others — including a mother and her child — involved in the crash were not believed to be serious. The driver of the truck, identified as 46-year-old James Surrett, tried to run away from the crash site but was captured. The sheriff’s office reports Surrett has nearly 20 marks against his driving record dating back 25 years.