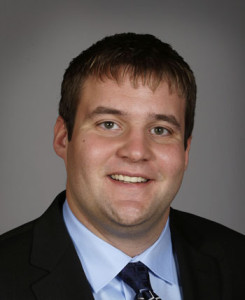 The Iowa House has voted to set up a graduated series of penalties for those caught cheating in Iowa casinos. Representative Jake Highfill, a Republican from Johnston, says the current penalty for cheating at a state-licensed casino today is a $1,000 fine.

“People would do $5 and $10 cheating,” Highfill says. “The problem we were running into is prosecutors were not prosecuting these people to the fullest extent.” The bill that passed the House this morning based the penalty on the amount of the cheater’s ill-gotten winnings.

“Also if you get caught cheating twice, you will be barred from all casinos in Iowa for life,” Highfill says. “So I hope this bill will help people fully enforce the law that we’ve written and this will help prosecutors deal with the crime.”

The penalty for cheaters caught trying to win between $200 and $500 would be a serious misdemeanor and the crime would be an aggravated misdemeanor if the ill-gotten winnings were between $500 and $1,000.

The bill passed the House on a 96-to-2 vote this morning and now goes to the Senate for consideration.