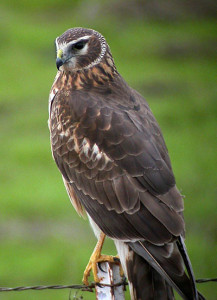 Watching birds and other wildlife is a hobby that’s growing in popularity and “ecotourism” means big money for Iowa.

Bruce Ehresman, a wildlife diversity biologist for the Iowa DNR, says people love to get away from their otherwise-stressful lives and take in the simple beauty of an Iowa countryside, while enjoying the challenge of spotting a host of creatures in their natural habitats.

“Watchable wildlife is a huge industry in the state,” Ehresman says. “It brings in $318-million a year to the state, a small portion of that ends up being spent on conservation measures, but it’s still income for the state, it’s an economic boom. In fact, 2011 was the first time that watching wildlife was actually bringing in more money to the state than hunting.” Iowa started designating Bird Conservation Areas in 2001 and is planning to name its 20th such area next month in a ceremony in northwest Iowa.

The Waterman Prairie Wildlife Management Area in O’Brien County, along with part of the Little Sioux River watershed, will become a Bird Conservation Area on March 7th. It’s already a bird haven, Ehresman says, with many thriving flocks. “So far, we’ve documented 253 different species of birds,” Ehresman says. “A little over half of those are migrants, at least 108 are birds that have nested there at one time or another.”

The Waterman Prairie encompasses about 68,000 acres of land, with nearly a third of it grassland. That’s vital habitat for feathered friends, many of which are endangered or threatened species — like the northern harrier, which has been spotted in the vicinity. “The reason we’re doing this is because over time, we’re probably going to lose more species from the state that once nested here,” Ehresman says, “and we’re trying to make an effort to keep those around.”

The list includes the upland sandpiper, bobolink, ring-necked pheasant, American woodcock and red-headed woodpecker, while the area is also a stopover habitat for many other bird species suffering nationwide declines. The new Bird Conservation Area is one of Iowa’s most important grassland and savanna-rich habitats, he says, and it includes special areas like the Bertram Reservation, Buena Vista County Conservation Park, and Wittrock Indian Village State Preserve and National Historic Landmark.