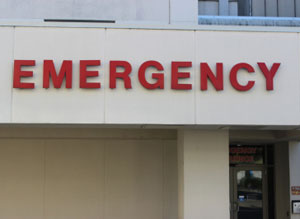 Doctor Trevor Van Schooneveld at the University of Nebraska Medical Center in Omaha, says the deadly bacterium known as CRE is very rare in this part of the country.

“What makes this bug ‘super’ is that it’s really resistant and it’s typically resistant to most of the antimicrobials we would use to treat it,” Dr. Van Schooneveld says. “It’s not anything different as a bacteria. It’s typical like e-coli or other things we encounter, but it’s highly resistant.”

Health officials believe the “superbug” outbreak at UCLA’s Ronald Reagan Medical Center was caused by a commonly used medical device, an endoscope. Vanschooneveld says it sounds like the devices were properly cleaned after procedures.

“The things that have people concerned is that it appears the transmission of these is linked to the use of endoscopes,” Van Schooneveld says. “It doesn’t appear that anybody was doing anything wrong when they were cleaning the scopes.” He says people in Iowa and Nebraska shouldn’t be fearful if they’re having a procedure done that involves one of these devices.

“Duodenoscopes are rather complex pieces of machinery that are used to access people’s pancreas, basically, through their intestine,” Van Schooneveld says. “So, it’s rather difficult to clean these. There may be, it appears, very small areas where, because bacteria are very small, they’re able to survive in these crevices and cracks that just can’t be accessed through cleaning.” He works in the same Omaha hospital complex that treated four Ebola patients in a special biocontainment unit in recent months.