You are here: Home / Sports / Final week of the season is a big one for UNI 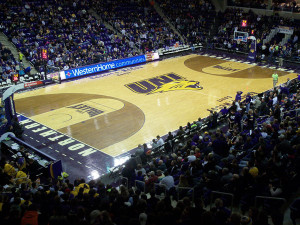 The 11th ranked UNI Panthers have a showdown looming with Wichita State as they enter the final week of the regular season.

The Panthers are 26-2 overall and 15-1 in Missouri Valley play heading into Wednesday’s home finale with Evansville. A victory over the Aces will set up a winner take all game at Wichita State which will include a visit from ESPN’s Gameday show.