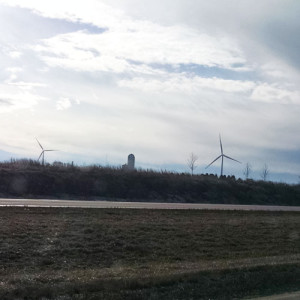 A recent report by the American Wind Energy Association (AWEA) touts the reliability of energy produced by wind. AWEA CEO, Tom Kiernan says the U.S. is now the top wind energy producer in the world, and that growth of the industry has allowed them to find out more about how it fits into the overall energy picture.

“As we as a country have grown to be the number one throughout the world and Iowa has grown to having over 25-percent wind energy, we’ve learned how to predict, anticipate what wind is coming, and grid operators have learned how to effectively use it,” Kiernan says.

He says when compared to traditional power plants that burn coal or other fuels, the quantity of wind available makes it more reliable. “Some of these very large — what are referred to as baseloads — they can go off, they can disconnect from the grid in an instant. And to accommodate that, they require grid operators to have what are called spinning reserves, they’ve got to have backup power ready right then,” Kiernan says. “Wind energy doesn’t go off like that. Wind does come and go, but invariably if it’s not windy in one part of the state of Iowa, it’s quite windy in another part. So, wind actually balances itself out and you need less backup.”

Kiernan says there is still room to increase the wind reserves. “Our report shows that we can add a lot more wind to the grid, and be even more reliable,” Kiernan says. Texas is the top state for the amount of electricity generated by wind power, followed by Oklahoma and Iowa. Kiernan says there is not telling yet how many more turbines may be constructed across the country. “There’s not a good sense as to what the ceiling is. The Department of Energy…is putting out a scenario next month that will call for 20-percent U.S. wide by 2030 and I think it’s 35-percent by 2050. A number of the grid operators have talked about their regions getting to 30 percent without any problem,” Kiernan says.

He says changes in technology that includes taller towers and long blades on the turbines have had an impact on the growth of wind power. “That new technology for wind energy is making wind available or useful in lower speeds,” Kiernan says. The tax credit for new wind power projects expired and AWEA and others have been pushing federal lawmakers to renew the credit. Industry officials say they aren’t asking for an unending tax credit, but still need the credit to keep the industry moving forward at this point in its development.