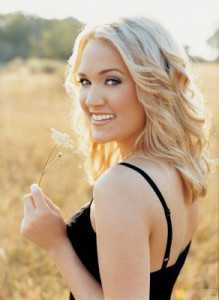 One of the biggest country music superstars of the past decade has been added to this year’s Iowa State Fair Grandstand lineup. According to a post this morning on the fair’s Facebook page, Carrie Underwood will perform on Monday, August 17th.

Tickets will go on sale later this spring. The Iowa State Fair runs August 13th through the 23rd in Des Moines.