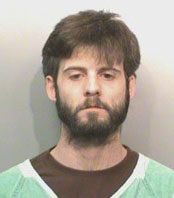 An ongoing feud between central Iowa neighbors evidently led to gunfire and murder. Des Moines police were called to an eastside home on Sunday night where they found the body of 35-year-old Mark Hruska inside his house.

They spotted movement in the house next door and took 30-year-old Patrick Kirwan into custody. He’s charged with murder, the second one in Des Moines this year.

Police say Kirwin made a phone call to his girlfriend and allegedly confessed to the shooting death of his neighbor and it was the girlfriend who called the authorities. The nature of the feud wasn’t released.