You are here: Home / Crime / Courts / Trial begins in 2005 death of Evelyn Miller 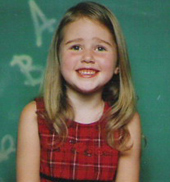 A man who’s accused in the brutal slaying of a young girl in northern Iowa a decade ago is going to court. Jury selection will begin today in Hamilton County District Court in Webster City in the trial of 35-year-old Casey Frederiksen.

The trial was moved to Webster City from Charles City on a change of venue due to pretrial publicity in Floyd County. It was ten years ago, in July, 2005, that Frederiksen allegedly sexually abused and stabbed to death his live-in girlfriend’s five-year-old daughter, Evelyn Miller.

The body of Miller was later found in the Cedar River a few days after she was reported missing. Frederiksen is facing charges of first-degree murder and first-degree sexual abuse in the Miller case.

The trial is expected to last up to two weeks.