You are here: Home / News / Tuesday storm could cause issues with the morning commute 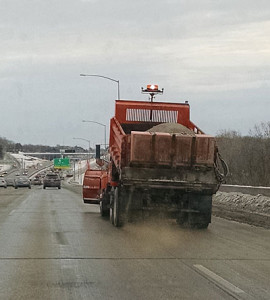 Forecasters say another winter storm system is heading for the Hawkeye State. National Weather Service meteorologist Kevin Skow says Tuesday’s morning commute could be a messy one for many thousands of Iowans.

“After a quiet day today, we’ll have a system moving up tonight and into Tuesday,” Skow says. “It’ll bring a mixture of rain, freezing rain and maybe even some sleet to parts of central and southern Iowa with snow in northern Iowa and that’ll persist through the day on Tuesday.”

Folks in southern Iowa may not have to get out their shovels, but those in the north may be in for a workout. “Total snowfall amounts? We’re not expecting a terrible amount, probably in the neighborhood of about one to two inches across northern Iowa and less to the south,” Skow says. “The wind will be picking up behind this storm on Tuesday afternoon so that could result in blowing and drifting snow and reduced visibility and somewhat hazardous travel conditions.”

Eight counties in northeast Iowa are under a Winter Weather Advisory for Tuesday where the snow may be heavier, up to four inches. Skow says if you’re planning to head into that region, you may need to change your plans. “The conditions there will be even worse and we’re expecting more snow north into Minnesota so the threat for a blizzard up in that region is even higher,” Skow says. “Yes, if you have travel plans in Minnesota on Tuesday, take heed and possibly delay them, if possible.”

The forecast calls for very cold weather on Wednesday, with highs only in the single digits and teens, but then a warm-up toward the end of the week, with temperatures climbing into the 30s and 40s.