You are here: Home / Health / Medicine / Turning the clock forward could lead to sleep issues 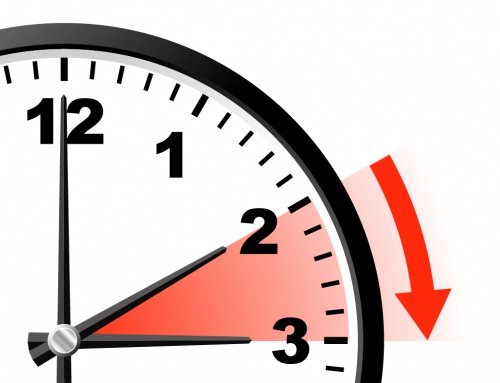 You will need to set your clock forward an hour before heading to bed this Saturday night as we return to Daylight Saving Time. For some people, it’ll be a very tough adjustment to lose an hour of sleep.

Doctor Stephen Grant is a board-certified sleep physician at Iowa Sleep, which specializes in diagnosing and treating sleep disorders. Dr. Grant says most of his patients get six to seven hours of sleep a night.

One technique which he suggests may help make losing an hour of sleep less difficult is to gradually ease into the time change. “Instead of going to bed at maybe ten o’clock at night, going to bed at 9:45, then 9:30, then 9:15 and then 9 o’clock in the seven-to-ten day period leading up to the time change,” Grant says. “It makes the adjustment a lot easier for patients.”

Studies find more than a third of adults don’t always get the amount of sleep they need to feel their best. “I’m always surprised,” Grant says. “Some people can do very well with time changes and perhaps those are people who do well with jet lag or traveling into time zones, and some individuals really struggle with time change.”

There are about 80 different types of sleep disorders, the most common of which include: insomnia, restless legs syndrome, narcolepsy and apnea, where a person’s airways narrow or collapse during sleep.

Grant says the majority of his time is spent with patients who have apnea, or sleep disorder breathing. He says the bad habits may have started six months ago. “Patients when they fall back in the time change around fall, may notice that when it’s time to go to bed, they’re not sleepy,” Grant says. “They’re an hour earlier than what they should be and they may spend a lot of time in bed, awake. That can set the tone for some poor sleep hygiene or for some habits that may develop that can lead to difficulties falling asleep.”

This is Sleep Awareness Week. A new poll from the National Sleep Foundation finds pain, stress and poor health all correlate to shorter sleep durations and worse sleep quality for millions of Americans.