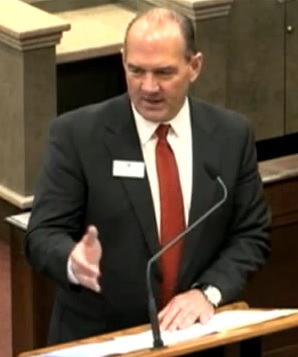 Iowa State University is partnering with the city of Cedar Rapids in an effort to further leverage the city’s grain processing dominance.

ISU president Steven Leath says he envisions moving Cedar Rapids’ grain industry to what he calls “the next level.”

Leath says, “I think our expertise in agriculture, the biosciences and engineering and Cedar Rapids’ powerhouse capabilities in processing are going to enhance economic opportunities not just for here but throughout the whole state of Iowa.”

The partnership involves establishing an ISU liaison position in Cedar Rapids and linking the university’s researchers to the city’s grain processors. Leath sees placing the extension liaison in the world’s largest grain processing city as being mutually beneficial.

“We really want to make sure our research has applications in the real world,” Leath says. “So, this partnership allows us to immediately see if our processes are applicable to industry and really do save money and create jobs at that scale.”

Corbett credits agricultural-based industries with playing a key role in the city’s economic recovery from the massive 2008 flood.