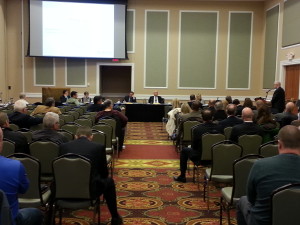 Hard Rock Casino General Manager Todd Moyer told the Iowa Racing and Gaming Commission today that the facility is “vigilant” about problem gambling. “We did miss this one and I do accept responsibility for that,” Moyer said. “This type of miss is kind of a unique one in table games, winning a jackpot, they were paid at the table and then when that paperwork was processed later at the cage was when this catch happened.”

Moyer doesn’t expect to face this type of situation again. “We have since changed our policy that we do complete all of the paperwork prior to paying out any jackpots of this kind in the future, so we are very confident this type of miss will not occur again,” Moyer said.

The commission could have issued a fine of up to $20,000, but settled on the minimum of $3,000. It’s the first such policy violation for the Hard Rock, which opened last August.