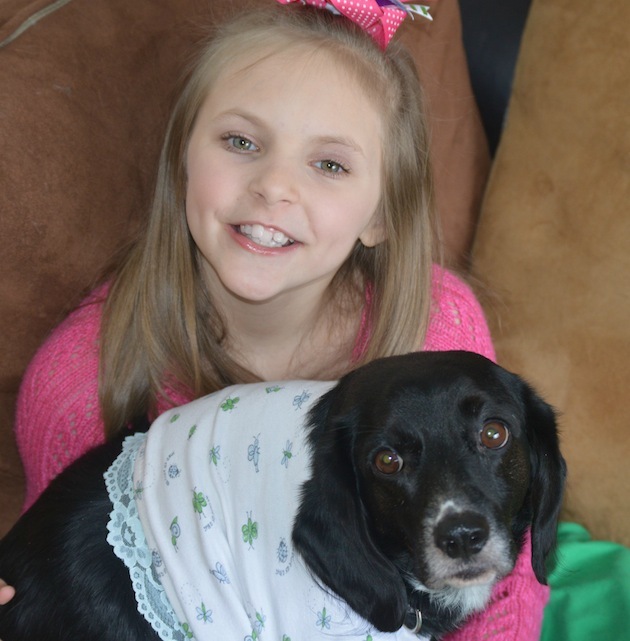 Rylee Keehn (photo thanks to EllenTV.com)

A young girl from north-central Iowa who designs and makes clothes for rescue dogs is getting national recognition for her work from a Hollywood celebrity.

Rylee Keehn, a third grader at Northeast Hamilton Elementary School in Blairsburg, says the idea came during a brainstorming session with her loved ones to sort out her favorite interests.

“I like designing and I like art and animals so we put it all together and we figured out that we could make clothes for shelter dogs,” Keehn says. The first step in making the doggie-sized outfits to provide comfort for the canines was learning how to sew.

The next step was developing a pattern that would fit the shelter dogs and she also needed some material.

“We used my baby brother’s onesies and cut the bottoms off,” she says. The effort is now known as “Not Perfect Clothes,” which comes from a school project about always striving to do better.

Keehn’s work drew the attention of the staff of the Ellen DeGeneres television show. Her story appeared this week on the show’s website, ellentv.com.

She plans to donate the rescue dog clothes she’s made to the Animal Rescue League of Iowa.