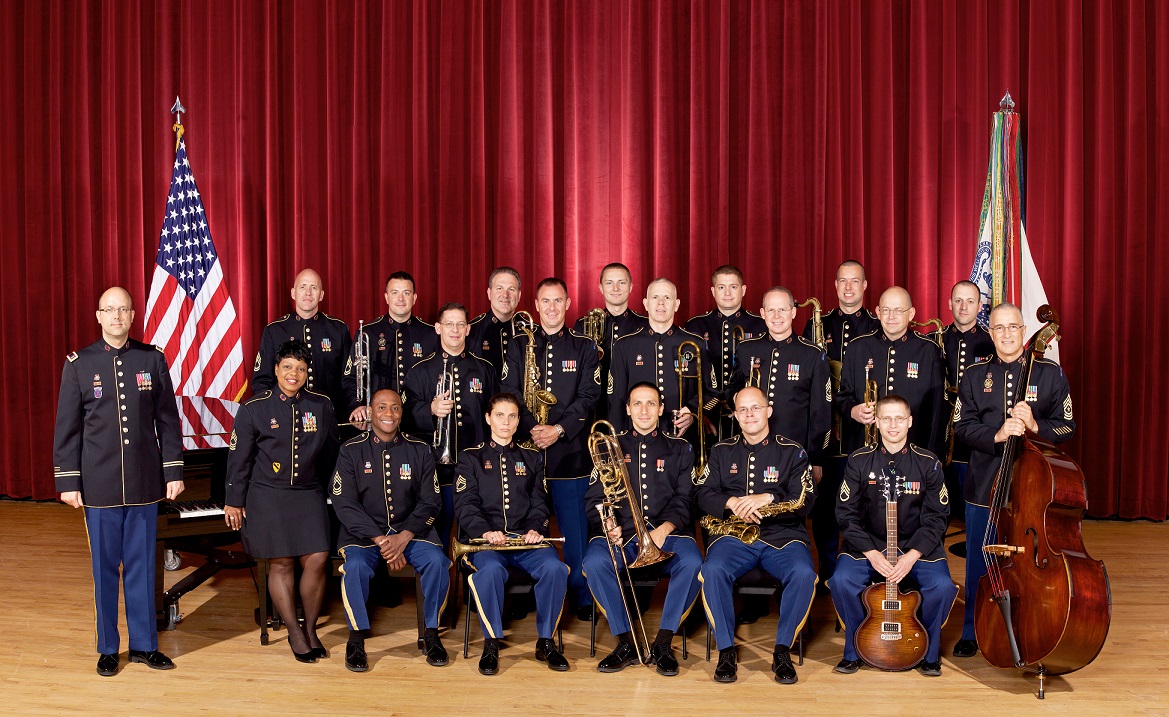 The official touring big band of the U.S. Army is making five stops in Iowa communities over the next two weeks.

“Jazz” is in the band’s name but Sergeant Altman says the playlist is extremely diverse as they appeal to all sorts of audiences around the world, performing America’s original art form, jazz.

“We try and represent 100 years of jazz history and big band history and we play some big band swing, a little bit of be-bop, some contemporary jazz, of course some Dixieland, a whole lot of patriotic selections,” Altman says, “and we feature some of the world’s best soloists on their instruments.”

The 19-member ensemble was formed in 1969 and has toured ever since in all 50 states and around the planet. Altman says it’s a very important public relations tool for the U.S. Army.

“It gets out to the grassroots of America some very fine professional soldiers who demonstrate to them all the excellence found throughout our nation’s army,” Altman says. “In addition to, we get to some of the areas that maybe some other Army organizations aren’t able to get to and we do it in a way that connects with just about everybody — we do it through music.”

All of the band members are active duty soldiers. Altman, a New York native, says he joined the Army in 1999 when he was still in college, specifically to play trumpet in the band.

“As a young musician, you’re looking at many different options that you might have for a profession,” Altman says. “When I saw there was the opportunity to travel, to play great music with some really wonderful people, and deliver a wonderful, rewarding message like supporting our armed forces and coming back and reconnecting with communities and veterans, I was excited and I jumped at the opportunity.”

The band is playing in Ottumwa on Wednesday, Des Moines on Thursday and Oelwein on Saturday. They’ll be in the Quad Cities for a show in Rock Island on Sunday and in Mason City next week on March 20th.