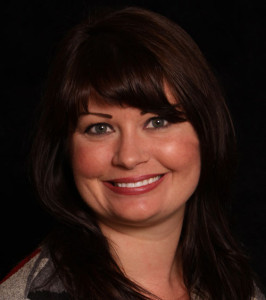 Age eight is when the average child in Iowa begins consuming online media, and while you’re supposed to be 13 to open a Facebook account, it’s very tough to regulate. Alissa Wilkinson, a social worker in central Iowa, says parents know their children best, so it’s up to them to make the decision, but she says consistent rules about social media should be in place from the beginning.

“Parents should be monitoring their kids’ usage at all times, especially under age 13,” Wilkinson says. “Electronics should be out in the common areas of the house. I don’t think kids should be left alone with their phone or their tablet in their room for an extended amount of time.” The American Academy of Pediatrics recommends children and teens should have no more than two hours a day of total screen time and Wilkinson says parents should impose other rules, too.

“If they’re going to allow their kids to be online, they should know the passwords and be able to ‘follow’ their children or be ‘friends’ with their children on whatever sites they’re on so they can monitor what’s being put out there,” according to Wilkinson. While Facebook, Twitter, Instagram, Tumblr and other social media sites grow in popularity, some children simply don’t understand the potential risks of putting the personal details of their lives online.

“Children just want to be doing what all of their friends are doing,” Wilkinson says. “They don’t realize that what they put out there is public and doesn’t go away. I encourage parents to talk with their kids and ask, before I post something online, ‘What would my grandma think of this? Would grandma not like to know this about me or know that I’m doing this?’ If the answer is ‘no,’ then don’t post it.”

There may be warning signs a child is getting into trouble with too much time online. Any time a child has a drastic change in mood or daily functioning habits, for example, if a child begins sleeping more or less than usual, becomes more irritable, stops socializing or participating in activities they usually love. School behavior is also a huge indicator.

Wilkinson says moms and dads are the best examples their kids will have about proper behavior online. “Parents need to be modeling for their children what social media is about,” Wilkinson says. “If the parents spend all kinds of time online and put all of their information out there, then the kid thinks that’s okay and ‘I’m going to do it, too.'” Studies find 73-percent of teens use social networking sites and 62-percent of children have had a negative online experience.

Wilkinson is a licensed independent social worker at Compass Clinical Associates in Urbandale.