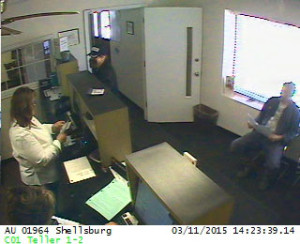 State, federal and local officials are searching for a man who robbed a bank in the eastern Iowa town of Shellsburg Wednesday.

DCI special agent in charge Ric Rahn says the man walked into the Wells Fargo Bank just after two p.m. and was wearing a disguise.

“The individual was describe as a white male, approximately 5-4, wearing a blue hat, black trenchcoat, black pants and he brandished a black handgun,” according to Ron. “And he also was described as wearing black-framed glasses and a purple fake beard.”

The man left the bank and was seen walking east. 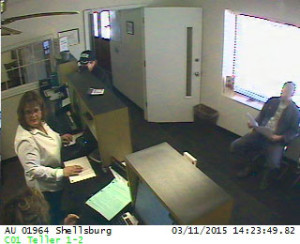 The DCI is working with Benton County officials to try to locate the man.

No one was injured in the robbery.