You are here: Home / Sports / Cyclones, Panthers, Hawkeyes all going to NCAA tourney 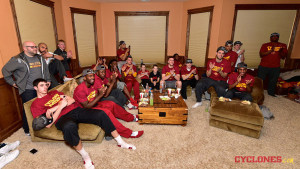 Three Iowa schools will play in the NCAA Basketball Tournament.

Iowa State University will take the highest seed into the tourney, as they are seeded third after winning the Big 12 Conference Tournament Saturday in another come-from-behind 70-66 win over Kansas.

The 25-8 Cyclones will play14th-seeded Alabama-Birmingham in the South Region on Thursday in Louisville, Kentucky. UAB comes into the tourney with a 19-15 record. 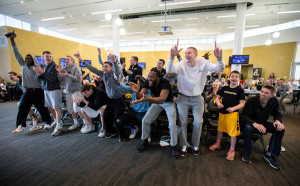 The Iowa Hawkeyes are in the same South region, but seeded seventh after being bounced out of the Big Ten Tournament in their first game. Iowa faces 10th seed Davidson on Friday in Seattle, Washington.

The Hawkeyes come into the game at 21-11 after they tied for third in the Big Ten during the regular season. Davidson won the Atlantic-10 regular season championship with a 14-4 record and is 24-8 overall. The Cyclones and Hawkeyes could meet in a rematch if both advance to the Sweet 16 in Houston.

The tenth ranked UNI Panthers were given just a five seed despite finishing with a 30-3 regular season record and winning the Missouri Valley Conference Tournament. The Panthers will play in the East Region in Seattle and will face 12th seeded Wyoming on Friday. Wyoming comes in at 25-9 overall.

It is UNI’s third NCAA Tournament under coach Ben Jacobson.