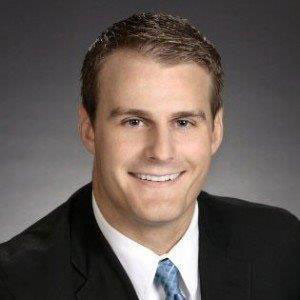 Adam Gregg — the GOP’s unsuccessful candidate for state attorney general in 2014 — is now the head of the state public defender’s office. Governor Terry Branstad appointed him to the post in late 2014 and senators late last week voted 46-1 to confirm Gregg for the job. Steve Sodders, a Democrat from State Center, was the only senator who spoke about Gregg before the vote — and the speech from Sodders was brief.

“I’ve spoken with Adam Gregg many times,” Sodders said. “You all know him. He worked for the governor’s office and some other places.”

Gregg served about a year and a half as Governor Branstad’s lobbyist. He resigned last spring to run for statewide office. Gregg, who is 32 years old, grew up in the northwest Iowa town of Hawarden and played football at Central College in Pella. He got his law degree from Drake University.

“I think he’s well qualified,” said Sodders, who is a deputy sheriff in Marshall County.

Before joining the governor’s staff, Gregg was in private practice at the state’s largest law firm for three and a half years. Gregg represented a variety of business interests and his areas of specialty were campaign law and election law. He now runs the state office in charge of providing legal services to Iowans who’ve been charged with a crime, but cannot afford to hire their own lawyer. The public defender’s office also provides attorneys for children in juvenile court and for children a court has ordered out of abusive homes for placement in a safer environment.

An audit released last September concluded private attorneys doing work for the public defender’s office had overbilled the state more than $310,000 over a four-year period. The man Governor Branstad had appointed to run the office in 2011 stepped down last fall to take an administrative post in another state agency. Gregg stepped into the job in December and now has been confirmed by the senate for a four-year term as state public defender. He oversees a budget of more than $55 million.