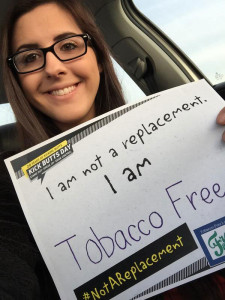 Young anti-smoking activists across Iowa will stand up to Big Tobacco today in joining their counterparts nationwide for the 20th annual Kick Butts Day. John Schachter, spokesman for the Campaign for Tobacco-Free Kids, says numerous events are planned in Iowa, all focused on clearing the air.

“Young people across the country are sending out the message they’re sick and tired of being targeted by the tobacco industry’s manipulative marketing and they’re coming together to reject it,” Schachter says. “We will see more than 1,000 Kick Butts Day events across the country, with everybody working together to make the next generation tobacco-free.”

Some events in Iowa today will be as simple as organizing groups of students to walk along roadways and pick up cigarette butts and empty cigarette packs. “You’re going to see rallies at the state capitol to educate legislators about the importance of fully funding tobacco prevention efforts,” Schachter says. “Some groups will do things like a billboard of ribbons and glow-sticks with facts about the tobacco industry’s deceptive tactics. There will be groups of kids who will survey tobacco retailers to see if they’ve thought about going tobacco-free.”

A tobacco industry document reportedly refers to young people as “replacements,” meaning, replacement smokers for the half-million people who die every year from tobacco. “We are encouraging young people across the country to take selfies with a statement that says, ‘I’m not a replacement, I am…’ and they’re filling in what they really are,” Schachter says. “Are they an activist, are they an advocate, are they an athlete, are they a musician, are they a future astronaut? They can put in whatever they want and they are posting these selfies to our gallery on our website.”