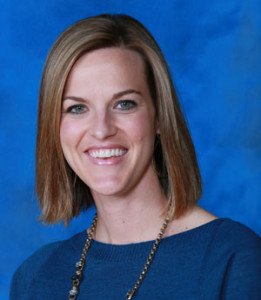 “I think it’s awesome I think for multiple reasons, you look at the state of Iowa and basketball in this state and all four division one women’s basketball teams on in the post-season, two NIT’s, two in the NCAA tournament,” Baranczyk says. “For us to be able to be in that mix and to be able to host on home on Friday is absolutely huge, not just for us, but for the continued support of women’s basketball in this state.”

Baranczyk’s third season leading Drake didn’t start out looking like they would be going anywhere, as reigning MVC player of the year Kyndal Clark suffered a knee injury in their opener, and they lost the first three games. But they bounced back once Missouri Valley Conference play started. “When you lose a player like Kyndal Clark at the beginning of the year you think more survival and just get better, and then I think we just did a great job in our conference season, we really did. We start to kind of figure some things out, we started to figure some things out and got a win in the column and then went into the conference season really confident. So, it’s been an incredible journey this season for such a young team,” Baranczyk says.

Getting the NIT bid sets the tone for the team which has steadily improved since Baranczyk took over. “I think it’s a reward, but it’s also just an expectation. As a basketball player, as our program we want to keep playing this deep into March,” Baranczyk says. “That’s par t of why you play the game, you play the game the entire year to get to play in the NCAA, the NIT, sure we want to go to the NCAA tournament, that’s where we want to go. But the WNIT is a major step forward. So, we are heading in the right direction, I think that’s more of our excitement. You know we are heading in the right direction, we are starting to get better.”

Eastern Michigan comes into the game at 22-12 and just missed an NCAA tourney bid in their conference tournament. “They’re playing very motivated. They actually lost a player to a car accident in January, so they’re playing very motivated, they’re very well coached. It’s going to be a great matchup and that’s why we’ve got to make sure that we have a great home crowd,” Baranczyk says.

The game is set for 7:05 p.m. Friday in the Knapp Center in Des Moines.