You are here: Home / News / Researcher speaks out about proposed changes in Iowa’s gun laws 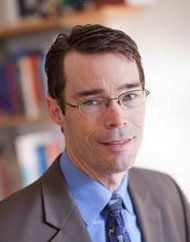 A researcher who has examined the nation’s gun laws for the past 24 years says there likely would be a “very large” increase in gun-related murders in Iowa if legislators vote to get rid of the three-day waiting period to buy a handgun.

Dr. Daniel Webster is director of the Center for Gun Policy and Research at Johns Hopkins University and he spoke by phone today at a statehouse news conference organized by opponents of a gun bill that’s pending in the Iowa Senate.

“The type of policy currently under consideration for repeal in Iowa – the permit to purchase system for a handgun — appears to be one of the most if not they most effective measure to prevent the diversion of guns to criminals and other dangerous people,” Webster said.

Webster’s research concludes Missouri’s murder rate increased 14 percent because in 2007 Missouri got rid of the “permit to purchase” a handgun and its three-day waiting period.

“We saw a real shift in lethal violence in Missouri when they repealed their permit to purchase law,” Webster said.

A bill that would make the same move in Iowa has cleared the House and is eligible for debate in the Iowa Senate, however the senate’s Democratic leader has said the bill — which includes many other gun-related proposals — needs “additional work” before it would be debated. Senator Joe Bolkcom, a Democrat from Iowa City, is urging Iowans to call senators to express their opposition to getting rid of the waiting period for buying a handgun in Iowa.

“I think at this point we want to just slow this process down and make sure that whatever bill might move forward takes into account the balance of protecting the Second Amendment and protecting the safety of our people,” Bolkcom said.

Bolkcom is also leery of another section of the bill that would allow children of any age to use a handgun, if they’re under a parent’s supervision.