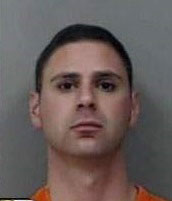 The 35-year-old Spaulding was the bookstore manager for Clarke University in Dubuque when authorities say, between 2011 and 2012, he defrauded the school of nearly $319,000. The scheme involved a fake book company Spaulding established with a friend.