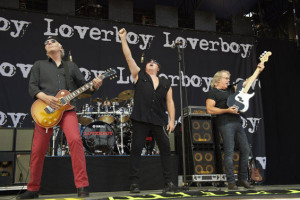 Some hard rock acts that had hits in the 1980s will be among the headliners at some big summertime events in Iowa. Organizers of the 2015 Des Moines Arts Festival announced Monday that Eddie Money will play this year’s festival on June 27.

He’s best known for hits like “Two Tickets to Paradise, Take Me Home Tonight,” and “Baby Hold On.” Mat Kearney will serve as the Des Moines Arts Festival’s headlining musical act on June 26. Both shows are free.

Coralville’s “4thFest” event will feature a free concert from Loverboy on July 3 in S.T. Morrison Park. Over the weekend, Iowa State Fair officials announced the Grandstand acts for the final day of this year’s Fair. The “Extreme Sunday” bill for August 23 will feature Dee Snider of Twisted Sister, Dokken, Warrant, and FireHouse.