You are here: Home / News / Congressman Young wants U.S. to walk away from Iranian nuclear talks 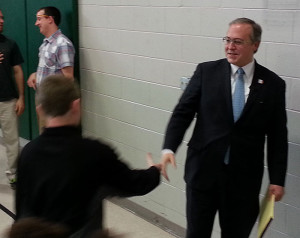 Iowa Congressman David Young is joining critics of the Iranian nuclear talks in a call for the U.S. the step away from the table.

“I would like (for the U.S.) to walk away from it, personally, and reimpose new sanctions and start over from a position of strength and not weakness,” Young said. “I think Iran probably has the upper hand right now.”

Like Young, many other Republican lawmakers are voicing concern that Iran is gaining too much leverage after negotiators abandoned a March 31 deadline and agreed to extend talks. “Being at the table is fine and talking to one another, but I don’t trust Iran,” Young said. “I know a lot of countries in the world don’t because they 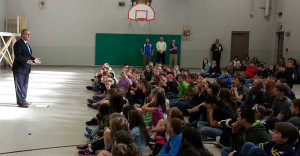 don’t have a great track record.”

U.S. Secretary of State John Kerry has been taking part in the talks in Switzerland to end Iran’s nuclear program. Kerry has postponed his return to the U.S. twice as the negotiations have dragged on for a week.

Congressman Young spoke with Radio Iowa on Wednesday after he addressed student assembly at Grandview Christian School in Des Moines.