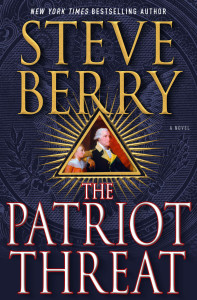 With the deadline to file our federal tax returns in less than two weeks, it’s no coincidence best-selling author Steve Berry is releasing his latest book now, as it addresses arguments the income tax may not be legal.

Berry will be in Iowa next week to promote his novel, “The Patriot Threat,” and he says it is not a manifesto to quit paying your taxes, but it brings up some startling facts from U.S. history.

“The book deals with the 16th Amendment to the Constitution and what may have happened in 1913 when the amendment was ratified,” Berry says. “There’s some interesting legal issues that arose during that time, ones that call into question the entire amendment, so I sent my recurring character, my hero Cotton Malone, to deal with this constitutional question.”

Berry writes fictional thrillers and does in-depth research to weave in bits of nonfictional history. For this book, he says he had as many as 400 sources and made trips to Washington D.C., Italy and Croatia. The research led him to some surprising revelations.

“There was a gentleman about 20 years ago who went to every state in the union that supposedly ratified the 16th Amendment and studied their ratification process,” Berry says. “He discovered problems in a lot of the states and in about 12 to 15 of the states, they may very well not have ratified the amendment. His research is not out in left field. There’s a lot of it that makes good sense.” 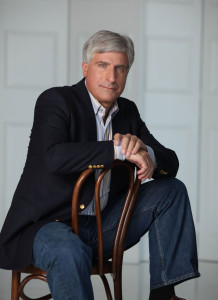 Berry’s first book, “The Amber Room,” was rejected by publishers 85 times. The 86th attempt landed him his first national best-seller and he’s had multiple best-sellers in the years since.

Berry and his wife will be at the Des Moines Public Library next week to pitch the newest book in a benefit for historic preservation. “I’ll be talking about the book and taking questions and signing books,” Berry says. “That’ll happen at 7 o’clock on the 10th, and then on the 11th, we’re doing the History Matters Writers Workshop. Elizabeth and I are going to teach the craft of writing for four hours. You’ll buy your way in with a contribution and all of that money is going to a historic preservation project that we’re there to sponsor.”

The workshops, Berry says, have raised almost one-million dollars for historic preservation and other causes. Last year, Berry hosted a workshop in Davenport to benefit the city’s Art Legacy League. At a similar event in Des Moines in 2012, Berry donated all proceeds to a state landmark, Terrace Hill, the Iowa Governor’s Mansion. He also featured the historic Salisbury House in Des Moines in his last novel, “The Lincoln Myth.”

Berry’s books have been translated into 40 languages with more than 18 million printed copies in 51 countries. Learn more at www.steveberry.org.