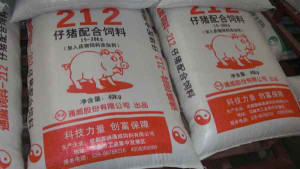 Iowa Agriculture Secretary, Bill Northey, says there are indications demand for soybeans in China may not be increasing as much as previously thought.

Northey just returned from a trade mission to China with the Iowa Soybean Association. “Historically we’ve always heard how much the feed business is going to grow — and it has over the last 15-years between 10 and 15-percent every year — double digit growth,” Northey says. “This time we heard a little more reticence. Folks saying that they think that there is an opportunity for the feed business to grow, but that it won’t grow as fast as it has in the past.”

Northey says China is a huge market for Iowa soybeans which are used for feed or oil for human consumption. “That still will probably be there, there’s not reason for that to back down. But, I think it’s unlikely that we’ll see as big a growth as what we have in the past,” Northey explains, “and that was part of what led to some pretty strong years recently in prices. Not only short supply, but big demand from China. We may not see that kind of increasing demand that we’ve seen in the last few years.”

He says some of the drop in demand for soybeans to feed hogs could be offset by use in aquaculture. “I think we’ll see less growth in the pork business, and some would say maybe even a slight shrinkage in the next few months or year or so. But, continued growth in the aquaculture side where there’s demand not only domestically but internationally for more fish products and farm-raised fish,” Northey says.

Northey says the trade mission provided valuable information while also bolstering Iowa’s relationship with a key trading partner. “It’s important to let them know about U.S. dependability and supply. That we are going to have production here that they can depend on. We’ve got ports that work — South America has had some issues — although we had issues in the west, we didn’t have issues with our Gulfport shipments from the U.S. to China. It’s important to keep those relationships good as well as learn what the future opportunities are.”

Northey says they traveled mostly in the southern part of China, and visited two of the country’s largest feed manufacturers.

Photo courtesy of the Brownfield Network.